After a late night Saturday I managed to sleep in slightly on Sunday morning while Chris still had to get up out of bed to go to a shoot. The original plan for this weekend was to go away from Friday night to Monday but the Fall Flavour Festival took precedence. Luckily, Chris was able to get all of the needed photos taken early enough on Sunday to allow us to still head over to Saint John for the concert!
This is a picture of Colleen - our gracious host. She opened up her lovely home to us on Sunday night to avoid the need to pay for accomodations and save a hairy trip home keeping an eye out for moose on the NB highways. Thank you so much Colleen!! You totally rock! We only regret not having more time to visit with you! 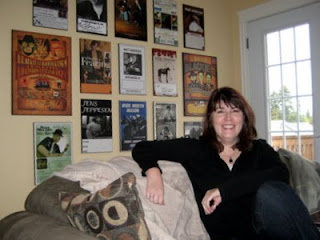 After a quick stop at Tim Hortons for supper it was onward to the main event - Matt Andersen's concert at the Phoenix Dinner Theatre! We were very fortunate to obtain tickets as they quickly sold out, and many people were turned away. The event was not only a concert, but also a live recording for an upcoming CD & DVD! Chris was pretty stoked about that, and was determined to get his mug on tape. He even wore a golf shirt to be 'dressy'. We'll surely be playing "Where's Waldo" when viewing the DVD when the cameras pan the house.

The setting inside the theatre was gorgeous - ambiant lighting and a very intimate setting overall. They had arranged chairs on the floor surrounding the stage, and on stage, several tables were set up in behind Matt. His special guests included Ian Sherwood, Thom Swift, the Hupman Brothers, Irish Mythen, Mike Stevens, and the NB Orchestra. His special guests sat at the tables on stage. He also had a family table where his mother, aunt & girlfriend sat, also on stage. The guest tables joined in for harmonies on several of the songs. It was very sharp.

Prior to the start of the concert we were cautioned to remain as quiet as possible for the taping part of it. The room was mic'd everywhere...Lord knows what deep dark secrets were revealed! The neat part of the whole recording process was the opportunity to hear a 2nd take of any of the songs that weren't to the producers' satisfaction. As it turns out we only had 2 re-dos, one by Matt and one by Irish. Selfishly I was kinda hoping for more mistakes :). 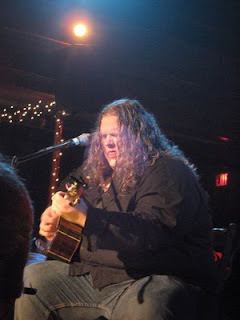 The show was incredible...absolutely incredible! There were tears - Irish's "55 Years" brought everyone to tears, I'm sure. Matt's momma cried as he introduced her. She also made a ton of cookies for the audience. How special is that?? There were many laughs - Matt only forgot the lyric once - it just happened to be the 2nd attempt at a re-do on "Broken Man", but who's counting? The piercing ring of the fire alarm was also very memorable, especially when Irish began mimicing the sound. And, there appeared to only be one broken guitar string the whole evening long :). Thank you so much Matt, we felt truly honored to be part of such a special event! 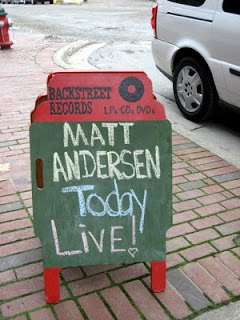 As luck would have it, Matt was also scheduled to be at Backstreet Records on Monday for a live jam. We couldn't pass up the opportunity to hear one more song so of course we planned our day accordingly. We got to the record store right on time, and the place quickly filled up. It's a tiny little store, so it didn't take long to fill, mind you. Matt played with as much passion and enthusiasm in a small room as he does when playing in front of a crowd of 400, though. He looked to the audience for suggestions, and was kind enough to fulfill our request for his cover, "Magnolia", one of our favourites that we've not heard live. It was fantastic :) 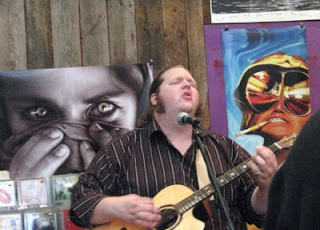 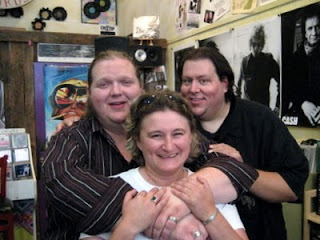 Irish Mythen & Mike Biggar were also at Backstreet, and they helped do some harmony on "So Gone Now", his final song. I'm pretty sure the whole room was in on the harmonies though, coming on the end of it. It was all kinds of awesome! 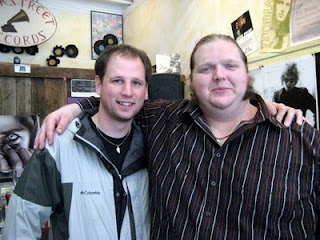 And of course he indulged us with a few photos :) 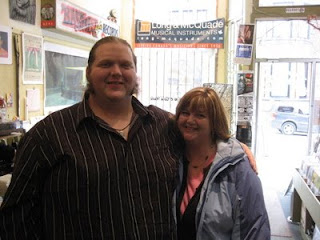 After the record store we walked up the street to Reggie's Restaurant (actually on Matt's suggestion!) and had a late brunch of bacon 'n eggs. It's very quaint - you order at the cash and pay for it. Then they yell at you when it's ready (just like home - heh). 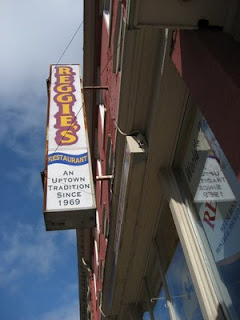 We then decided to take a walk through the city - it turned out to be a beautiful day, and we needed to walk off that greasy plate! Saint John is a very urban city, but the older part of the city is quite beautiful. The old buildings have such character and are very picturesque. Here are some random shots as we walked the blocks: 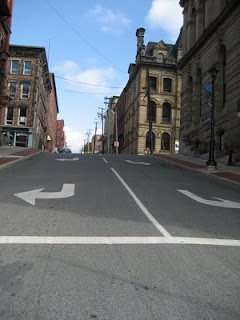 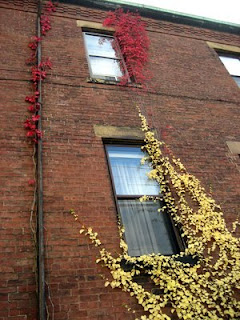 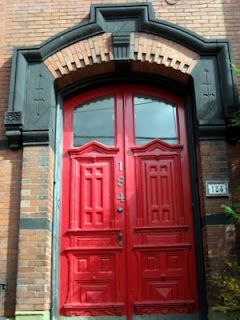 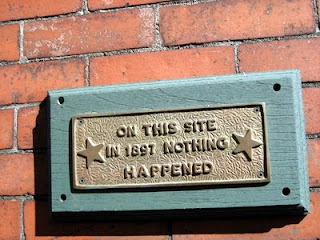 Our final stop on our travels was the City Market (another suggestion of Matt's, btw!). It's a really cool spot with vendor booths of homemade gifts and international cuisine. While taking advantage of a very cool vantage point at the end of the market building at the top of the stairs overlooking the whole room, I noticed that Matt himself, along with Irish were also at the Market! See if you can find them :) 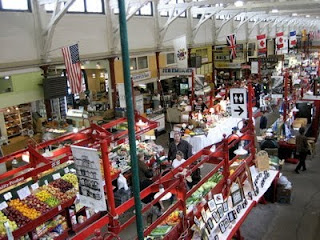 We then stopped at King's Square and sat for a spell on a park bench. It was a lovely day, indeed. Apparently while we were enjoying our warm, sunshiny walk through the streets of old Saint John, the Island was being pelted by rain showers. Sorry I didn't bring the sunshine back, folks. 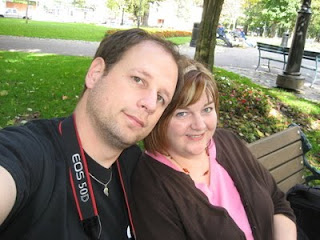 And it's now back to reality... The only thing wrong with my extended weekend was the fact that it ended. Well, that, and the fact that I'm swiftly running out of clean underwear on account of me completely ignoring the laundry pile because I was just too busy :).

you look very pretty in the last pic of you and Chris on the bench.
So glad that you had a great weekend.